Major events dedicated to the commemoration of the Holocaust victims in Bukovyna will take place on 4-7 September in Chernivtsi. They were initiated by the German NGO “The Center for Liberal Modernity” (Berlin) and were supported by a number of German institutions and organizations including in particular The Federal Foreign Office.

The co-organizers from the Ukrainian side are The Association of Jewish Organizations and Communities (Vaad of Ukraine), the Chernivtsi Museum of the History and Culture of Bukovynian Jews and the Chernivtsi City Council.

The events are dedicated to the 78th anniversary of the beginning of genocide against the Jewish population in Bukovyna during the WW2.

We invite you to participate in these events. The list, exact dates, places and time can be found in the program by following this link. 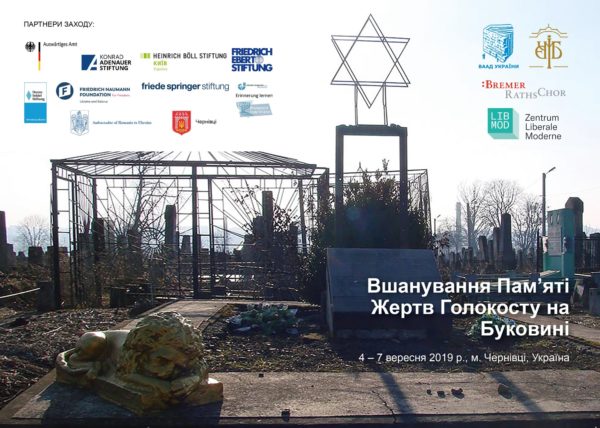